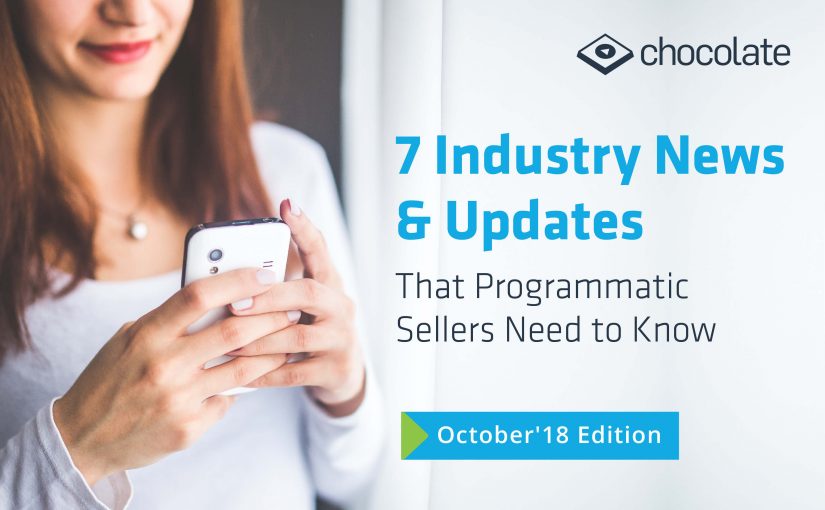 Publishers without an updated Ads.txt file are missing out on revenue and stand to lose more in the near future.

Despite the strong initial adoption of Ads.txt following its release, I get the sense that the rate has stalled in recent months. In the last quarter, some publishers have continued to hold out – and their bottom lines are suffering as a result.

“Mostly these publishers are heavy on Apps and they tend to have ignored calls for ads.txt. Fill rate and CPM have dropped in tune to 70% to all non-ads.txt inventory. BY Q1 2019, there would be no takers for that inventory.” – Shivam Srivastava – AVP, Business Development at Chocolate

While the EU’s General Data Protection Regulation (GDPR) has led several marketing tech firms to pivot their business models and pull out of Europe, it has been helpful for others in the crowded industry landscape.

When looking specifically at web publishers that sell programmatic ads, one-third of UK publishers and about three in ten US publishers use CMPs.

Unified Auction: Can Publishers Be In Control Without It?

Publishers are in an elusive chase for control, transparency and flexibility as they fight to reposition themselves against the encroachment of the walled-garden platforms. This pursuit is not made easier when considering the “Franken-tech” stacks with which many publishers are currently saddled.

“Bigger the company deeper the issue and that is primarily their desire to keep the tech within the company and not rely on 3rd party solutions like Chocolate whose sole job is to build cleaner tech.” – Shivam Srivastava – AVP, Business Development at Chocolate

How To Stop Domain Spoofing Using the Ads.txt File

Domain Spoofing works in a way that it tricks consumers thinking they are purchasing from reputable publishers like New York Times or Guardian, for instance when they are actually making a transaction to an unauthorized publisher.

The Ads.txt project is something that meets the challenge by providing publishers and stores a secure tool to declare a text file containing their authorized sellers thus creating the necessary transparency.

While the General Data Protection Regulation hasn’t decimated the digital advertising industry as once feared, it has accelerated demand for risk-free buying options. Contextual targeting has enjoyed a bump, as have programmatic-guaranteed deals. Now, second-party data partnerships are getting a second wind, according to some major publishers.

The Guardian, News UK and Business Insider have all claimed a noticeable increase in the number of requests for ways to co-mingle advertiser first-party data with their own customized audience data sets.

The Axel Springer-owned publisher has expanded aggressively in Europe over the last few years, with its biggest presence in the U.K. Like many big U.S. publishers, it has expanded into Europe via partnerships with local media players, of which it has eight. BI has a total 17 international editions, but until now there hasn’t been a unified way for advertisers to buy its audiences programmatically across all eight of its European editions.

‘The quality of vendor data is shocking’: Overheard at Digiday Publishing Summit Europe

Over 150 publishers gathered at the Digiday Publishing Summit Europe in Barcelona, Spain, this week to discuss the most pressing challenges facing digital media. Among them: the power struggle between platforms, fighting for transparency in ad tech and looming European data privacy regulations.

During working groups and publisher-only town hall sessions, which operate under the Chatham House Rule, delegates debated their core concerns.