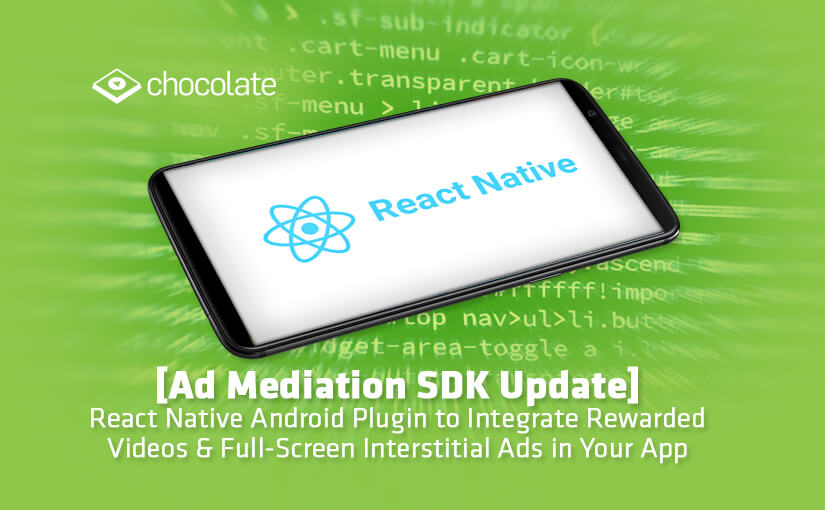 Continuing our commitment towards offering the best end-to-end monetization solution for app developers and publishers we announce the release of our React Native Android Plugin.

The release is followed by the awe response we received from partners publishers for the launch of React Native iOS Plugin last month.

What is React Native?

React Native lets you build mobile apps using only JavaScript. One interesting aspect of React Native is, unlike Cordova, the generated mobiles apps are actually natively built in Objective-C and Java (for iOS and Android respectively). In other words, they are not ‘Mobile Web Apps’ or ‘HTML5 Apps’.

Please, go ahead and use the React Native Plugin for iOS and monetize effectively with rewarded videos & full-screen interstitial ads. Start here: https://chocolateplatform.com/sdk-documentation/