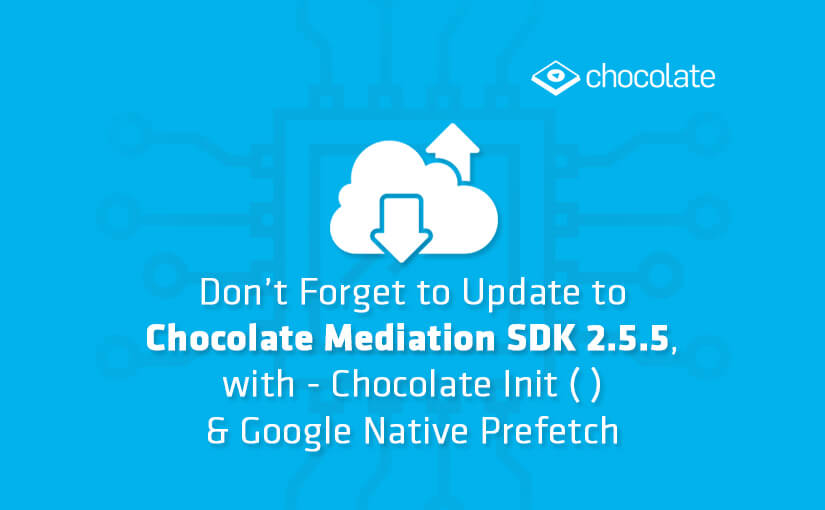 We’ve released a new version of Chocolate Ad Mediation SDK, v2.5.5 that comes fully loaded with Chocolate Init ( ) function and supports Google Native Prefetch. We expect to get more valid ads from Google as well as other demand SDK partners with the introduction of this new version. App Developers shall be able to produce higher yield with our SDK 2.5.5

For Android, all integration options (Android native, Unity, Cordova, and Cocos2d-x) have been updated to v2.5.5.

For iOS, only native iOS is updated to SDK 2.5.5. We will be updating other iOS plugins shortly.

To benefit from these new functions don’t forget to update to Chocolate Ad Mediation SDK 2.5.5. App Developers can also get started by referring to our documentation.

If you have any questions, just leave a comment below — we’d love to hear from you.