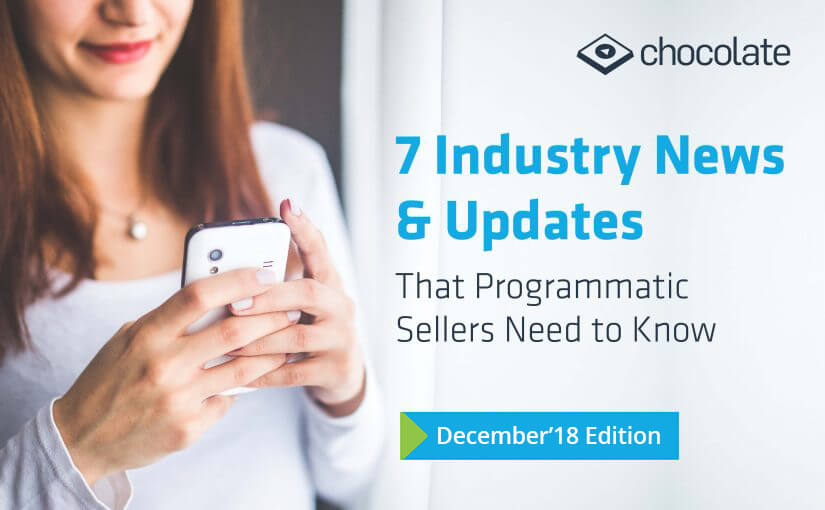 For publishers, it may seem impossible to adopt mobile-specific ad experiences as the options seem too custom or may require too much development work and/or alignment with other departments within the company. Or publishers may think that they have checked the box because they work with mobile partners and the monetization is improving.

‘GDPR is not done’: Confessions of a publisher programmatic director

One of the most pivotal moments for Europe’s media and advertising market in 2018 was without a doubt the arrival of the General Data Protection Regulation. Seven months later, the industry is still holding its breath for the regulator hammer to fall hard. But some believe the regulators are just getting started.
For the latest installment of our Confessions series, in which we trade anonymity for candor, we spoke to a programmatic director at a major news publisher about some of the most challenging moments for ad tech and publishers in 2018.

Ads.Txt For Apps Is Finally (Nearly) Ready For Primetime

After a protracted, year-long alpha period, the IAB Tech Lab has released the specs in beta for the app version of its Ads.txt initiative to reduce counterfeit ad inventory.
The App-ads.txt hold-up was caused by app stores dragging their heels on providing support for the Tech Lab’s preferred solution of using metadata tags – essentially the developer’s App Store ID – within app store pages to create links back to an app developer’s website URL.

Google and publishers have made progress on discussions around some of the blockages to the adoption of the Interactive Advertising Bureau Europe’s General Data Protection Regulation framework, sources close to the situation have claimed.
Major publishers from the U.K. and Germany, agency groups, Google and other ad tech vendors met in London this week to discuss and agree on a compromise on what purposes data processors can use publisher user information for when it comes to serving personalized ads. Purposes range from ad measurement and delivery to data storage and use for creation of profiles — all information typically gathered by publishers and passed to programmatic ad partners to serve personalized ads.

Some ad tech vendors have apparently been looking for a way to circumvent the GDPR. In a classic example of consent string fraud, an ad tech vendor will knowingly tamper with the consent information found in a publisher’s consent string, in order to give them the ability to deliver personalized ads. In some cases, it might be as easy as switching a “0” (do not use personal data) to a “1” (use personal data). Hacking the consent string may be a relatively easy (although illegal) way to serve up more ads.

US and UK lead in programmatic media, but Germany and Japan among chasing pack

The markets are ranked using data from both the demand and supply sides of the programmatic ecosystem, including the availability of programmatic video, the volume of direct publisher to supply-side platform relationships, and usage of ads.txt, a text file used by publishers to list authorised inventory suppliers.
Programmatic-first markets typically have programmatic access to most ad inventory and are characterised by having a flexible and transparent commercial model. The WFA is recommending that brands should demand high viewability and a high level of data access when in these markets.

“Not only is the sell side becoming more dynamic, advertisers in China are growing more receptive to programmatic ad buying, as they are more educated about the process and see the benefits of using audience data for ad targeting,” said eMarketer forecasting director Shelleen Shum. “Furthermore, the establishment of brand safety and viewability standards will improve trust among ad buyers and sellers.”