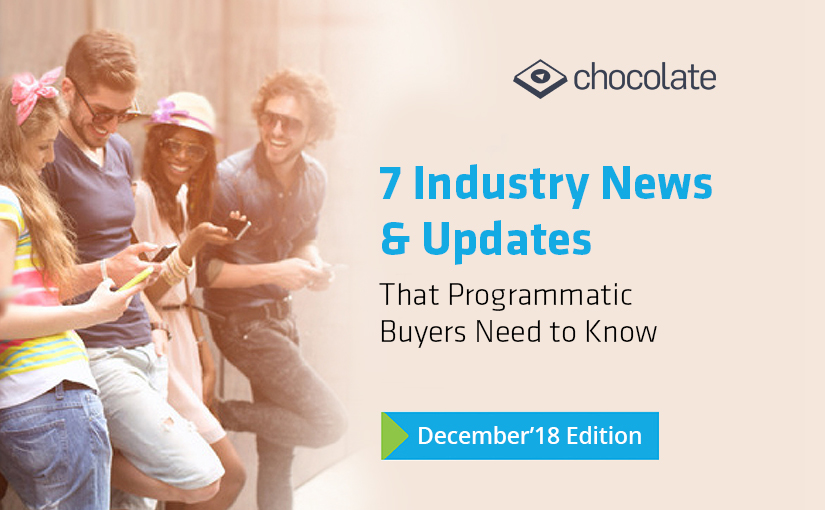 PMPS, AI AND THE CHALLENGES OF IN-HOUSING

Video content is rising rapidly across all platforms and mobile video ads are poised to rock the digital world in 2019. The reason is quite obvious: mobile video is the fastest-growing consumption channel among consumers and currently takes the greatest share of time spent. It is also quite obvious that users who watch video on their mobile devices are giving it their full attention.

Recent reports suggest that viewability rates have gone up for online ads, which on the face of it is great news for both advertisers and publishers — more people are seeing the ads, publishers are making more money, and everybody’s happy. But is this picture as rosy as it seems?
I would argue not. The rise of viewability as the predominant metric in the online advertising industry has driven a series of site behaviors that have significantly degraded the user experience over the past few years.

Collaboration is the key to ending ad fraud

Over the past few years, ad fraud has become a critical and widespread issue for advertisers and app developers. Ad fraud is becoming increasingly pervasive in mobile advertising — a critical channel for advertisers in 2018 — and it’s not just growing, it’s evolving too. Between 2017 and 2018, research from Adjust found that mobile ad fraud rates nearly doubled, and the culprits are employing a number of tactics to camouflage their fraudulent activity.

Facebook’s response, from Director of Developer Platforms and Programs Konstantinos Papamiltiadis, didn’t address some of most sensitive details and said there’s nothing new here — that these have been public, that users gave permission when they signed in to partner services with their Facebook accounts (highly debatable) and that most of the features provided through the partnerships are “now gone” anyway. Another day, another Facebook privacy scandal.

While the amount of data continues to grow, the General Data Protection Regulation (GDPR) discussions have also developed around topics like Cambridge Analytica, causing a rethink. Everyone is trying to gain more control over their data – advertisers, agencies, publishers, tech providers and yes, the end user. Advertisers, in particular, have recognized the competitive advantage in terms of personalization and individualization. We can, therefore, prepare ourselves for a significantly intensified focus on the topics of data quality, governance, analysis, and risk management for 2019.
This is just the beginning because data ownership is no longer a niche issue. It is gaining strategic importance. Advertisers have already started examining their own investments in ad servers or DSPs in addition to DMPs, which presents a new challenge for Adtech providers.

American companies are increasing their spend on third-party data despite industry-wide concerns over consumer privacy.
According to a study from IAB Data Center of Excellence and Winterberry Group, US firms are projected to spend $19.2bn on third-party audience data, up 17.5% from last year.
Jonathan Margulies, managing director at Winterberry Group, told The Drum that the third-party data market is largely being driven by two factors: the continued growth of data-enriched digital media and burgeoning marketer interest in identity-oriented data.