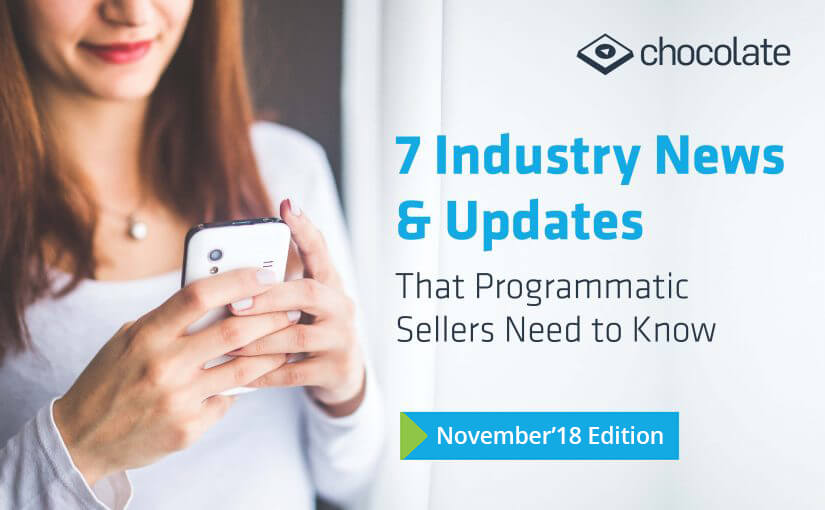 The online advertising business continues to grow at double-digit rates, according to the latest report from the Interactive Advertising Bureau (a trade group for online advertisers and publishers).
According to the report, which was prepared for the IAB by PricewaterhouseCoopers, digital ad revenue in the U.S. reached $49.5 billion in the first half of 2018, up 23 percent year-over-year. And more of those ad dollars are shifting to mobile, which accounted for 63 percent of the total, compared to 54 percent during the same period last year.

Why Smarter SSPs Would Be a Boon to Publishers and Advertisers

Supply-side platforms (SSPs) are perhaps the most undervalued and inherently powerful links in today’s digital supply chain, and yet their current offerings do not fully reflect this strength. It’s high time that SSPs evolve their business models to become more than mere plumbing in the elaborate media-buying ecosystem. Doing so promises to deliver enhanced value not only to the SSPs themselves but also to the publishers and advertisers that they serve.

Is The IAB’s Consent Framework In Trouble?

The CNIL calls out Vectaury because the consent management platform it created using the IAB’s framework to collect consent from its publisher and SSP partners doesn’t give users the opportunity to provide consent that is informed, specific and fully opt-in.

Why the SaaS model is right for programmatic

Bid caching and bid stacking practices have sparked a debate on the supply side, with several platforms recently signing a joint letter on guiding principles for the programmatic marketplace. This is a conversation the industry has found itself in before. It was only two years ago when the Association of National Advertisers released their scathing report that had advertisers and agencies taking the issue of transparency around the media buying process a lot more seriously.

Forget Targeting: The Real Impact Of Publishers’ Data Is Post-Campaign For CPGs

A publisher’s successful audience data strategy should mix science, data and an understanding of the underlying human element. It should result in a holistic view of the consumer, as opposed to a bunch of data points quickly taped together or thrown individually at programmatic platforms, without much comprehension of the bigger picture.
A holistic audience and data strategy revolving around human beings and not just data points and supported by the right structure and skills can turn a publisher’s audience data into a major strength for CPG brands. But that wouldn’t be enough if it wasn’t strategically coordinated across the whole lifecycle of the advertiser-media brand partnership.

In TAG Certified channels, all participants have received the TAG seal — agencies, buy-side platform, sell-side platform, and/or publisher. Traffic measurements were made by Moat, DoubleVerify and Integral Ad Science, which are also TAG certified.

How USA Today is using targeting technology beyond ads

In recent years, publishers have turned to personalization to optimize everything from display inventory to the placement of native advertisements. Though the gains are sometimes marginal and remain out of reach for many smaller publishers, observers expect personalization features to become more commonplace among publishers as they continue to focus on driving consumer revenue.