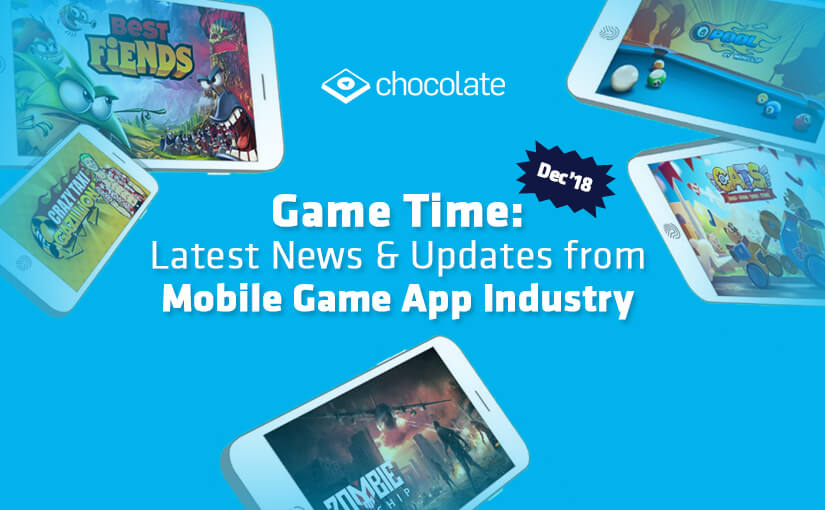 2018 is the first year in which mobile games exceed the mark of 50% on world revenue for the gaming sector contribution, reaching 51%. By 2019, the mobile sector is expected to reach 60% of revenues.

The market has already been studied for some time by the big companies in the gaming industry, with Ubisoft intending to adapt its AAA titles to the mobile and the next title of the Blizzard Diablo franchise will be launched for mobile.

Mobile gaming in the US brought in $55.8 million in revenue across the App Store and Google Play this Black Friday.

That figure was revealed by Sensor Tower, which reports that the Black Friday 2018 was the most profitable single day in US mobile gaming history. Overall revenue rose 23.8 per cent year-over-year.

63 per cent of spending came from the App Store, which brought in $35.2 million of total revenue for the day compared to Google Play’s $20.6 million.

Monster Strike might have been an international miss, but folks in Japan continue playing — and spending — enough that it made more revenue than any other mobile game in the world. That’s according to Sensor Tower, at least.

The market research firm released its findings for the games with the most revenue and downloads for November, showing what’s strong and trending in the mobile gaming market, which is worth more than $70 million in 2018. That’s according to Newzoo, another firm that gathers intelligence on gaming markets.

The mobile gaming industry is quite huge and everyone wants a piece of the pie. The are many success stories in the business, but a formula for achieving market success hasn’t been perfected yet. As such Gameloft, one of the largest developer and publisher of mobile games is trying to bring one of the most beloved franchises to smaller screens.

The French company has just announced that it has teamed up with the LEGO Group to launch a mobile game at some point in 2019. The upcoming LEGO game is supposed to bring “40 years of LEGO minifigure history and universes to mobile.”

PUBG mobile has enjoyed unmatched success since its launch; it reached 100 million registered users in only four months. It has already earned the nomination for Best Mobile Game at The Game Awards 2018.

AppOnboard, a startup focused on streaming demos for mobile apps, has raised $15 million in a new funding round.

The new round, which was led by Breakaway Growth Fund, takes the company’s lifetime funding to $35 million since it was founded in 2016. Breakaway’s Paul Heydon, who was a seed investor in Supercell, will join the board of directors at AppOnboard as part of the deal.