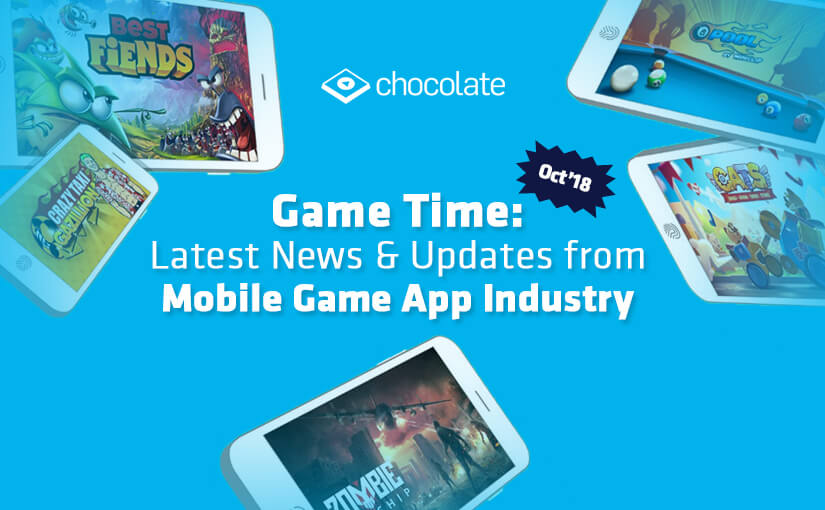 Food Truck Chef is feasting on 16 million downloads on its first anniversary. The game is a big hit for Indian developer Nukebox Studios. Food Truck Chef became the No.1 Android casual game in 40 countries, including the U.S., and it made it to the Top 100 Grossing Charts in more than 100 countries on the App Store and Google Play. It was also chosen as “Best of 2017” and “Awesome Game Made In India” by the Google Play store.

Zynga Inc., the firm that created FarmVille and Words With Friends, has attracted takeover interest from other game developers amid a jump in dealmaking in the industry, people familiar with the matter said. The San Francisco-based company has received preliminary approaches, though no formal talks are taking place at the moment, the people said, asking not to be identified because the discussions are private.

Since childhood Abdurrahman Koçak has been interested in computer games. Now Koçak, a computer engineer from Gaziantep, wants to create an international brand with the games he has designed – turning his childhood curiosity into a business. Koçak, who has been working from the Gaziantep Technopark and whose “Desert Zombies” game was on Apple’s 2015 list of best new games in 77 countries, wants to continue his success in international markets.

Marvel Strike Force has all of the tools a game needs for success: a fun, engaging core combat mechanic; a series of characters from all across the Marvel universe, regardless of intellectual property rights; and enough systems and goals that players always have something to focus on. Strike Force takes place in a branch of Marvel continuity that acknowledges that there are many, many worlds out there.

Peaceful farming sim Stardew Valley is coming to the iPhone

Stardew Valley is coming to the small screen. Today, Eric Barone, the farming game’s developer, revealed a surprise mobile port that’s launching later this month. Currently Stardew Valley only has a release date on iOS — Barone says that he expects to have details about an Android release “soon” — but it does come with a number of welcome features.

TinyBytes, a mobile game developer based in Chile, has raised $1.4 million in investment ahead of the launch of its upcoming game. Initial Capital and London Venture Partners have backed the firm, which marks the first time these investors have supported a games company in Latin America

‘A Dark Room‘ is a role-playing text-based game for the web, iOS and Android. The game offers just enough gameplay to hook you, and ample story to send the player’s imagination running wild. Players assume the role of a character that has woken up in a dark room with no memory of what’s happened prior.

The PUBG Mobile 0.8.5 update for Android and iOS is due this week. While we’re yet to get detailed patch notes on what to expect, Tencent announced a collaboration with Japanese street wear brand BAPE (short for Bathing Ape) for PUBG Mobile that will be present in the 0.8.5 update. These include a BAPE frying pan, a shark hoodie, and other BAPE-branded accessories and items in-game. No PUBG Mobile 0.8.5 update release date has been given aside from Tencent hinting that it would be arriving soon.