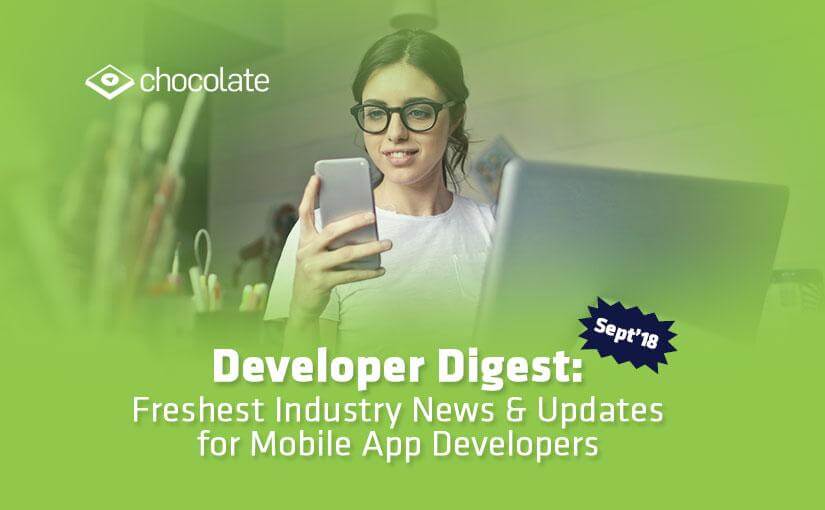 It is quite common to find games which are initially exciting but take a boring turn eventually, making you want to quit the game. Then, there are games which are too difficult to hold your interest and you end up quitting in the beginning phase itself. These are also two of the most common problems that game developers face when building games. This is where AI comes to your rescue, to spice things up.

Developers: Apple says all apps submitted after March 2019 must be built with latest SDKs

Developers should be submitting their new apps tested on the latest versions of the iOS and WatchOS operating systems now, says Apple. Additionally, it has set a date for when all new apps must be built using the most recent SDK releases

Moar Power in Android 9 Pie and the future

This is the first in a series of blog posts that outline strategies and guidance in Android with regard to power.

Your users care a lot about battery — if it runs out too quickly, it means they can’t use your apps. Being a good steward of battery power is an important part of your relationship with the user, and we’re continuing to add features to the platform that can help you accomplish this.

Last year, Apple held a secret meeting with a select group of iOS app developers in New York to talk about changing the current app delivery model from one-time purchases to subscription-based. From Apple’s view, these one-time purchases typically are inexpensive ($1-2), yet grant end-users unlimited access to the app and support, which can prove to be costly from both a services and R&D perspective. Apple’s expectation was to have developers switch to a different mindset around long-term customer engagement and recurring revenues, which is easier said than done.

Get Your Apps Ready for the Next Level

iPhone XS, iPhone XS Max, and iPhone XR feature a trio of all-screen displays paired with A12 Bionic and the next-generation Neural Engine. A12 Bionic is the smartest and most powerful chip ever in a smartphone, and is designed for performance in mind with Core ML, ARKit, Metal, and more. And now Face ID works even faster than before to securely and privately unlock, authenticate, and pay.

Submit Your Apps to the All-New Mac App Store

The reimagined Mac App Store will soon be arriving with macOS Mojave. Organized around the specific things customers love to do on Mac, along with insightful stories, curated collections, and videos, the Mac App Store on macOS Mojave beautifully showcases your apps and makes them even easier to find. You also have more opportunities to display your content with subtitles, up to 10 screenshots, and up to three app previews per localization.

Google essentially got slapped in the face when Epic Games, the developer of the super popular Fortnite, decided not to make the game available through the Play Store, but via its own app.

Google warned Epic that doing so could potentially put Android users at greater security risk, but the game developer brushed it off, insisting on going it alone for several reasons — including not having to give Google a cut in-app revenue and “embracing open platforms.”

Earlier today, many users running Android Pie noticed that battery saver had randomly turned on for them, even if their devices were fully charged. Going into settings, the users noticed that battery saver was set to turn on automatically at 99% battery, which is strange since the slider only allows users to choose a battery saver trigger threshold as high as 75%. Thousands of users on Reddit’s /r/GooglePixel, /r/Essential, and /r/Android subreddits noted the issue and the only thing in common between all the affected devices was that they ran Android Pie. Now, a Google representative has confirmed on Reddit that the battery saver issue was because of an internal experiment that was rolled out to more users than they had intended.

Android Pie was made official by Google as the latest version of Android about a month ago. It comes with new features inter-alia smart text selection and wind down feature. Interestingly, the version was rolled out to many non-Pixel smartphones as well.

Now, it looks like that the tech giant is prepping the new Android Q with features that may upset some developers.