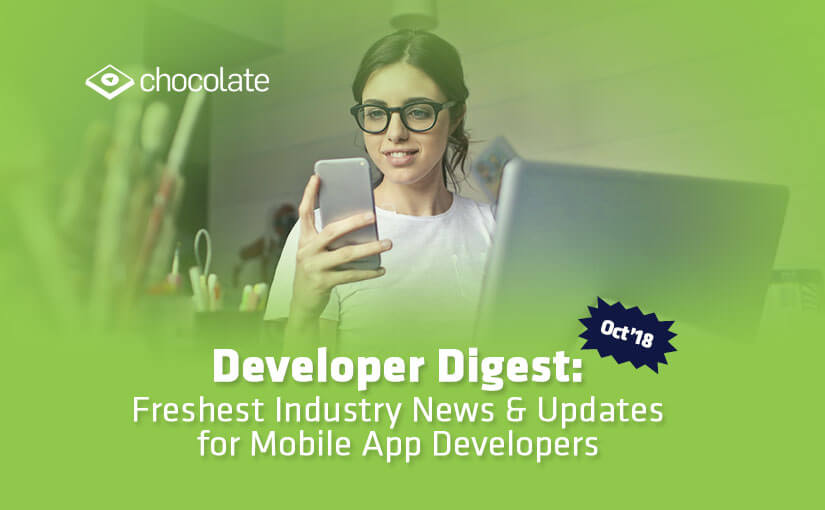 Developers who have signed up for the testing program can use the latest builds after performing an over-the-air update on their enrolled devices, or can follow the instructions from the Apple Developer Center. Public beta versions typically arrive a few days after the developer betas, and can be acquired from the Apple Beta Software Program website.

Kotlin Momentum for Android and Beyond

2018 has been a big year for Kotlin, as the language continues to gain adoption and earn the love of developers. In fact, 27% of the top 1000 Android apps on Google Play already use Kotlin. More importantly, Android developers are loving the language with over 97% satisfaction in our most recent survey. It’s no surprise that Kotlin was voted as the #2 most-loved language in the 2018 StackOverflow survey.

Now it’s even easier to get valuable feedback on your app before releasing it on the App Store for iPhone, iPad, and Apple TV. Simply enable a public link for your app in App Store Connect that leads to an invitation to test in TestFlight. Share the link to let anyone discover the beta version of your app.

A decade of Android: Slayer of Blackberry, challenger of iPhone, mother of the modern mobile ecosystem

If someone says Eclair, Honeycomb, Ice Cream Sandwich, or Jelly Bean then apart from getting a sugar rush, you will probably think of Android OS. From just being a newly launched OS, filled with apprehensions, to being the biggest and most loved operating system in the history, Android has seen it all. The OS which powers our phones and makes our everyday life simpler recently celebrated its 10th anniversary.

An iPhone owner has raised concerns over the spread of hugely expensive subscription apps in the App Store, some of which provide little or no functionality of value. The apps have been designed to lead users to start a pricey subscription plan, through which developers earn large amounts of revenue. A QR code reader app is used as an example. Developed by TinyLab, it charges $156 per year and apparently does not work properly. The app is 235th on App Annie’s top grossing iOS app list.

Why does sending a message through Skype drain over three times more battery than WhatsApp? Developers simply haven’t had a way of knowing when and how to make their apps more energy-efficient.
Purdue University researchers have created a new tool, called “DiffProf,” that uses artificial intelligence to automatically decide for the developer if a feature should be improved to drain less battery and how to make that improvement.

In the upcoming Reigns: Game of Thrones for iOS, you have to know who to trust. Should you ally yourself with Tyrion Lannister or Daenerys Targaryen? If you happen to have one of the new Apple iPhone X devices — the X, the XS, or the XS Max — you may have a better chance.

Game developers are making more money in 2018, according to a new study from Developer Economics.The pathways for generating income are diversifying, too. The report says advertising is paying less in 2018, as are in-app loot boxes for both game currency and things like extra levels. The subscription model is showing promise for game developers, as is selling branded merchandise.