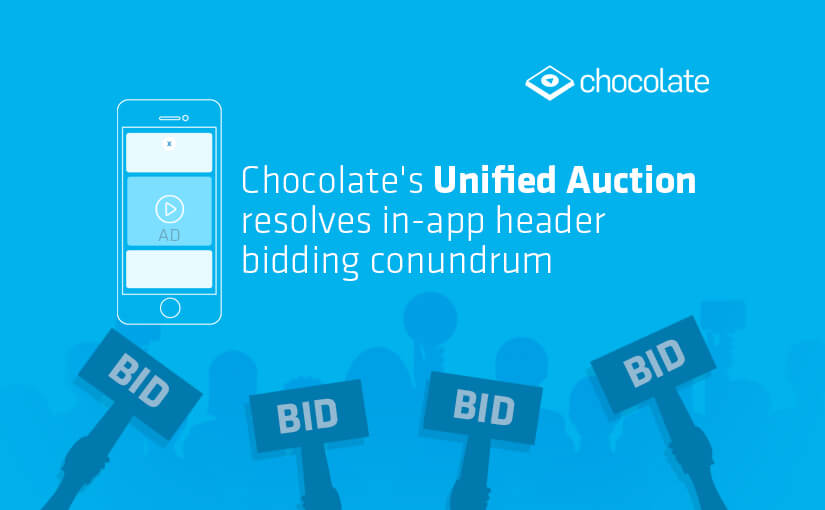 One of the hottest trends right now in the in-game advertising space is in-app header bidding, also known as a unified auction or what we call at Chocolate “Universal Auction”.

Traditionally developers and publishers have had to use the ‘waterfall’ model when picking which ad networks will show ads in their games.

Developers would choose their preferred ad networks, whose offers would then be prioritized over other networks, regardless of the bid.

The potential problem? This system prefers those selected bidders in the first instance and ignores potentially better bids by other ad networks further down the priority chain, whose bids are not open.

This can potentially result in developers losing out on revenue, as they cannot see these other bids in the first place. It also requires regular management to stay on top of the bidding process.

In fact, a recent survey report by our company, it clearly states only 31 percent of apps developers were satisfied with their current ad revenues.

Given that many developers currently harness ad-based monetization as a key source of revenue – some as their primary avenue – it’s easy to see why a better way of giving developers more power over the process is better for the industry.

A solution to this issue has emerged through the aforementioned in-app header bidding. This works by selecting the highest bid from all the mediating ad networks, rather those from a group of preferred networks. 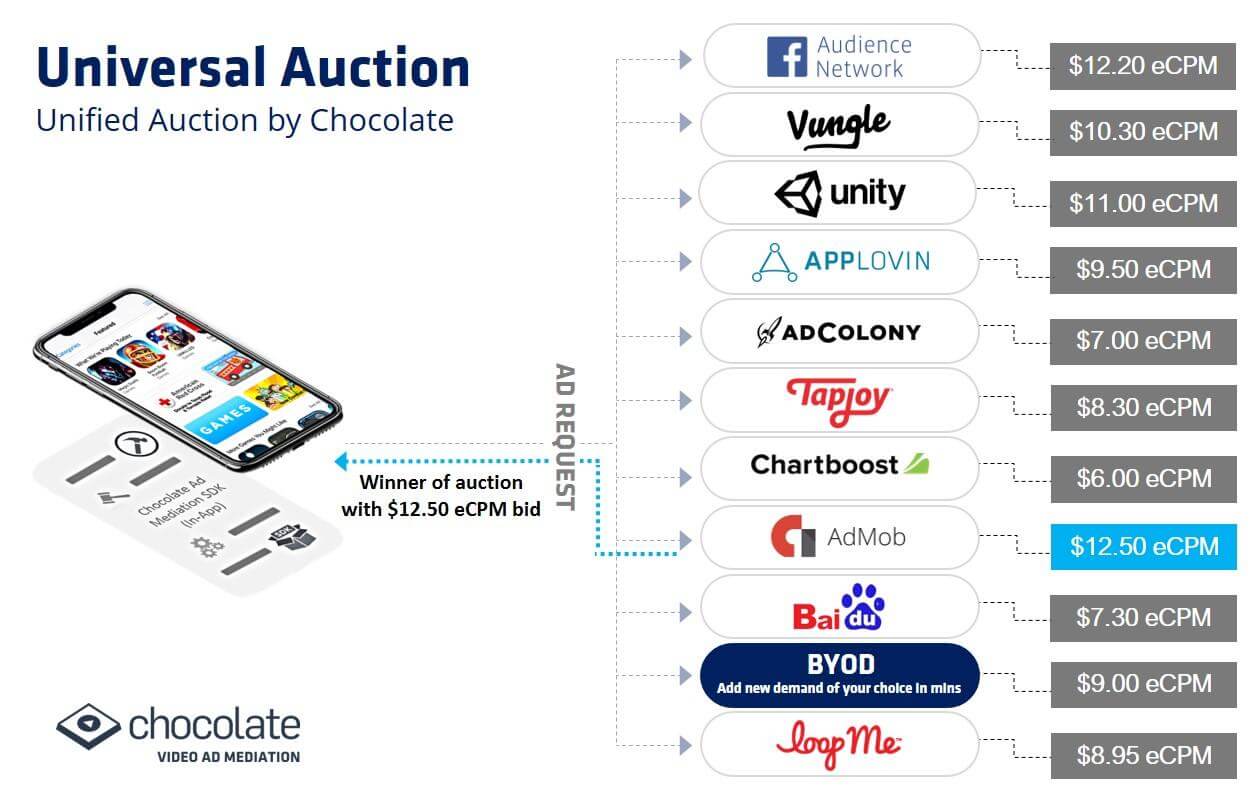 This means all the ad networks bid together programmatically for the same inventory and the highest paying ad is then selected – based purely on competitive pricing rather than preferential treatment. This helps to automate the process more for developers and, most importantly, leads to higher revenue.

Chocolate was one of the early adopters of in-app header bidding, having offered it to developers since last year through its Chocolate Ad Mediation platform under the name of Universal Auction.

Developers are also able to add server-side demand sources of their choice using ‘Bring Your Own Demand (BYOD)’ functionality. This enables the addition of any new demand sources beyond bundled ad networks that come with Chocolate Ad Mediation SDK and have all demand sources compete programmatically with each other in a unified auction.

Already more than 100 publishers have used Chocolate Ad Mediation SDK and in-app programmatic unified auction technology. Developers taking advantage of this service have seen an uptick in eCPMs by as much as 30 to 40 percent.

Given the benefits, we believe all apps developers need to move away from the traditional waterfall model and adopt Universal Auction.

You can find out more about Chocolate Ad Mediation and Universal Auction here.

This article was originally published on PocketGamer.Biz, you can read it here as well