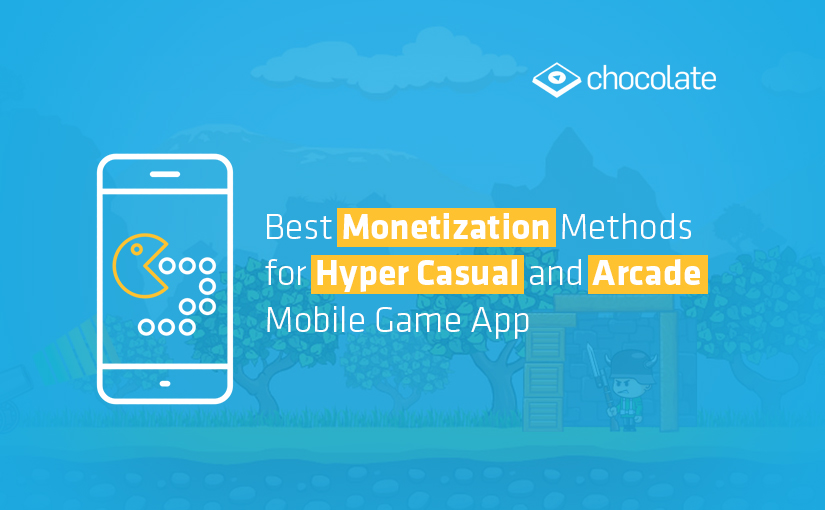 The advent of smartphone technology has given birth to a new dimension to the gaming world where the aficionados can play interactive games in their smartphones. In fact, the high-speed data connection from the service provider has paved the way to enjoy these games online. The players are also indulging in playing LAN games with their peers using online portals. In this context, a new genre of gaming has emerged and is becoming ragingly popular. This genre is called hyper-casual games.

This particular genre is different from that of casual, mid-core, and hard-core games as it focuses on the simple interactive environment which the users can tap on and start playing. The current popularity of this new genre is off the charts. The investment houses are diverting their funds to the hyper-casual games development houses. For instance, Goldman Sachs has presently introduced US$ 200 Million as a huge investment into Voodoo, a hyper-casual game development agency. Let us find out what this genre actually is.

The name itself describes the meaning of this particular genre of interactive games. These casual games have a very light interface with a simple set of mechanics. These interfaces offer a quicker playing option to the users. The users can instantly start playing these games just by tapping on the screen.

It is this simple platform that can be easily loaded without wasting data and played instantly. In fact, the users can play the best hyper-casual games infinite times instantly. There is no time lost for loading a particular level. The reason why this genre is becoming so much popular is its simplest UI comprising of a set of easy mechanics. The interesting concept easily grabs the attention of a user and keeps them busy for a long time. These games do not need the help of tutorials. Players can start playing.

What are the Benefits of 3D and 2D Game Development?

This new concept of hyper-casual gaming can be converted into a million-dollar idea if the gaming platform has a new taste and you use a proper channel to promote it. It can be easier to monetize the idea as the users these days do not have time to spend on a heavier game that offers tutorials or have big levels that take time to complete. This is why the top hyper-casual games are on the chart of the best gaming apps in the store.

Here is how you can make money from the new concept of hyper-casual gaming.

As we can easily understand that this gaming genre relies on the number of gamers playing it. It means that the developer will depend on the ad money generated via their developed app. The advertisements and promotional content will generate money for the developers. The interval time between the levels of hyper arcade systems can be utilized for the display of specific advertisements.

This primary monetization form is of utmost importance and needs to be evaluated first. There are several factors that should be considered before jumping on the bandwagon. The leading casual games do not offer advertisements that have a longer time span. It might irritate the users and lead to the downfall of the fan base. Deciding the total number of ads that will be displayed is also very important. The best casual games keep it to a minimum so that the users can feel comfortable to play it.

It is obvious that the users will get irritated when the videos in most popular casual games shown as ads are time-consuming. They will certainly feel a downfall of enthusiasm to even play the casual game. This is where the concept of reward videos comes into the picture. In most of the cases, the game offers a particular set of rewards to the players that will only be added to the user’s account once he or she completely watch a promotional video.

The reward such as lifelines, lives, virtual game money, etc can be a great way to draw the attention of the users towards the promotional videos. In order to avail this reward, the users will keep on watching the promotional content. This is one of the unique mobile game monetization strategies that will also let you increase the time span of the advertisements. Here also, you will have to decide the time span and sessions for the reward videos you are going to display in the UI.

The standard measures suggest that reward video increases the engagement of the users by 40%. In fact, you can use this particular slot to display such lengthy promotional videos for monetization at least four times a day without losing valuable users. The top casual games follow this thumb rule and generate a huge amount of money in terms of advertisements.

The reward video and advertisements might generate money for the cause. It has been found that most of the users play for free stuff. Very few of the mass opt for online purchases from the store. This is where the interstitials and banners can be of great help. This is how to make hyper-casual games that will generate revenue.

The genre of interstitial is also very important to consider. The developers will decide the type of advertisements to show. There are three variants which are playable, static, and video. The next step is to decide how many such ads will be shown. A higher frequency of popping ads will hurt the user retention rate. Increasing the session length can be harmful too. If the interstitials are lengthier, adding a skip button that pops up after five seconds will be a good idea. This is how most of the crushing hyper-casual games generate revenue.

Manan Ghadawala is the founder of 21Twelve Interactive with over 5 years in the IT and software industry. He has embedded customer service into the company core culture and offering fast turnaround, great communication and high-quality support are keys to long term business relationships. Follow him on Twitter | Facebook | LinkedIn