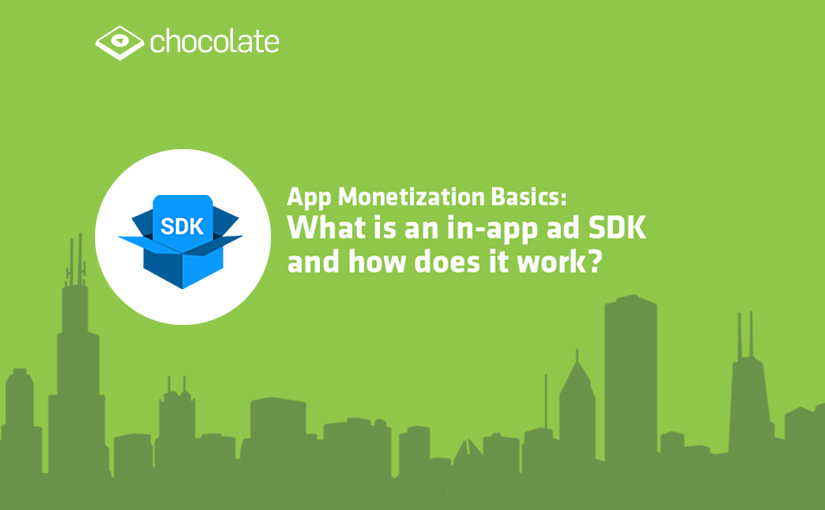 In-app advertising has been a major source of revenue for app developers. During its early stages, it was difficult and time-consuming to integrate an app with various ad networks to fill ad inventory. All this changed when ad mediation platforms made it easier for developers to connect their apps via single mobile in-app ad SDK to various advertising networks, resulting in better fill rates for their inventory and improved revenue

Let’s understand what a mobile ad SDK is and how it works.

An in-app ad SDK (Software Development Kit) is a set of tools used by app developers to integrate their apps with mobile ad networks and start serving ads on their inventory to earn revenue. Typically, in-app ad SDKs are available for both Android and iOS and are aimed to simplify integration for developers. Once the SDK is integrated, developers can use the ad networks’ dashboard to manage multiple things, including ad formats, revenue management, and analytics.

Ad mediation SDKs take this a step further and integrate your app with multiple ad networks at the same time. With a single SDK integration, developers can simplify their app monetization efforts and save time. Ad mediation platforms lead to better fill rates and improved revenue by connecting ad inventory with multiple demand sources.

Ad mediation platforms also provide a unified dashboard for reporting and a single point billing interface for developers. In essence, developers can leverage multiple ad networks with a single SDK integration as opposed to integrating each SDK separately.

Ease of integration: Good ad mediation SDKs can integrate with both native and cross-platform frameworks such as Unity and Cordova. It enables app and game developers to jump-start their app-monetization efforts easily with a single SDK integration and a few lines of code.

Unified reporting and sign in: Ad mediation platforms can bring data and analytics from multiple ad networks into a unified reporting dashboard. This enables developers to monitor which ads are getting more engagement on which platform, and also check other metrics such as eCPM and fill rates. Good ad mediation SDKs also support single sign-in to ease integration with multiple demand sources.

Connecting to ad networks: Popular ad mediation platforms can continuously add more demand sources or ad networks to their SDKs, bringing more opportunities to developers. The SDK should be easy enough to add or remove demand sources from your app in a seamless fashion.

Enhanced end-user experience: Integrating multiple SDKs into your app can make it bloated and slow. With ad mediation SDKs, you can improve the end-user experience by integrating just one SDK and tapping into multiple demand sources that will ultimately lead to better conversions and revenue for the developer.

How to get started

The first step to increasing your ad revenue is downloading and integrating Chocolate’s ad mediation SDK. Once this is done, you can set up your ad units and select from various video ad formats such as rewarded video, native in-view, full screen, and pre-roll. You can then select the ad networks you wish to connect to.

Chocolate integrates with 16+ different demand sources. With in-built reporting analytics, you can delve deeper to understand what’s working for you and tweak accordingly, all from Chocolate’s intuitive dashboard. Chocolate Platform is based on the Universal Auction model, resulting in better revenue and fill rates as opposed to the traditional Waterfall model.

Choose your ad mediation SDK wisely and see a marked improvement in your ad revenue!